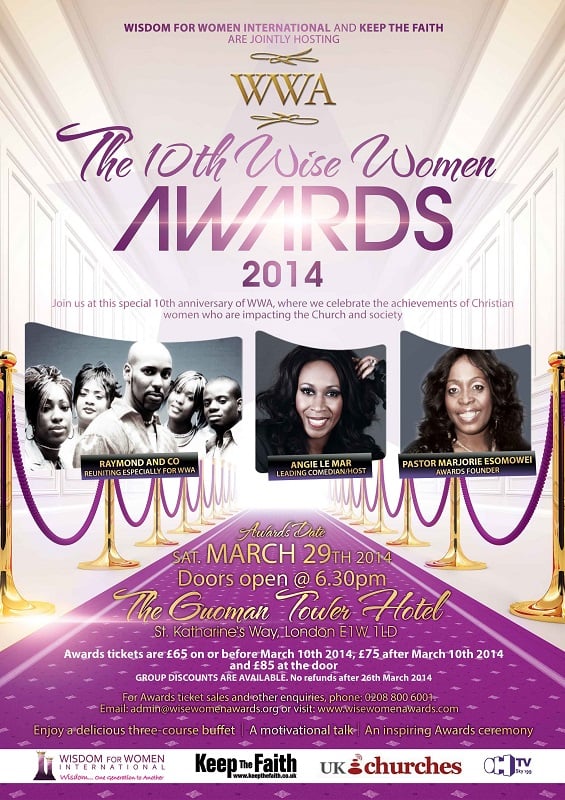 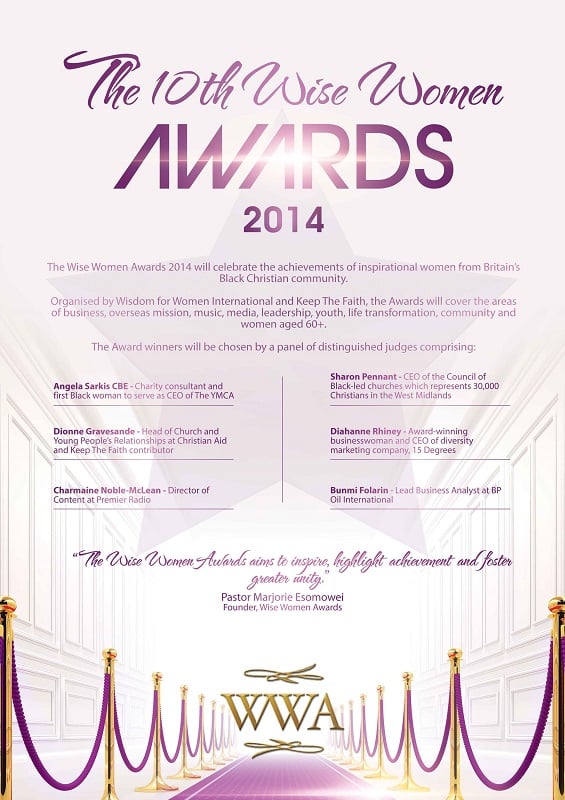 Christian women from the black community and beyond, who have made an impact in the church and wider society, will be able to attend an inspirational and memorable awards ceremony on Saturday March 29 2014 at

There’ll also be an inspirational talk from a High achieving black woman and an inspiring awards ceremony, where women, nominated by YOU, the public, will be presented with thier prestigious awards.

The Wise Women Awards promises to inspire, uplift and inform, and highlight the major achievements of black Christian women in the UK.

There are no upcoming events.