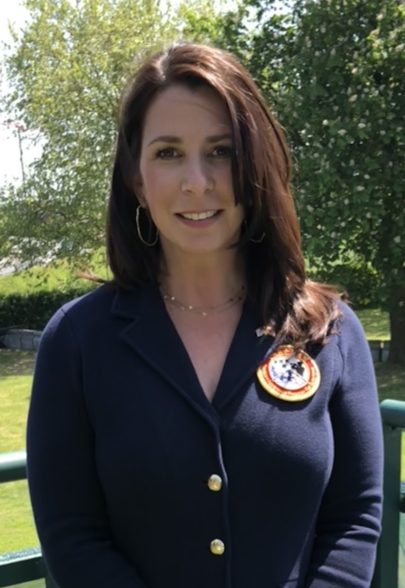 Diana Roday Hosford is the Vice President of Sports & Entertainment for the Tragedy Assistance Program for Survivors, a non-profit dedicated to supporting families of fallen military service members.

Following a trip to Afghanistan in 2013 and seeing firsthand the sacrifices made by the military and their families, Diana created a new program within TAPS called teams4taps, which seeks to create meaningful opportunities for the families of the fallen to honor their heroes through sports. Since then, she has partnered with more than 200 teams, sports associations and athletes across the country, allowing teams to honor fallen service members in the presence of their surviving families. Under Diana’s leadership, the program grew into the Sports & Entertainment department, now creating opportunities in the entertainment industry as well. Diana and her team have coordinated or orchestrated over 800 events, allowing more than 10,000 surviving military family members to have their loved ones publicly honored, helping celebrate the life and service of the fallen hero as well as offering comfort to the surviving family.

These partnerships have resulted in TAPS involvement at the last three Invictus Games, an invitation to the Royal Wedding of The Duke and Duchess of Sussex in May 2018, an opportunity to serve on an international judging panel for the 2019 Princess Diana Legacy Awards and much more.

With over 20 years experience in the non-profit sector, Diana is a spokesperson for TAPS and regularly speaks about the work of the charity and best practice in helping surviving families build resilience while honoring the life and service of their loved one.

Diana is incredibly passionate about service, giving back to her community and developing youth-based programming. Before TAPS, Diana worked with Special Olympics; Autism Speaks, The Washington International Horse Show and various charities in the Washington DC area. She is an associate member of the Board of Visitors at Children’s National Medical Center and a long-time volunteer and mentor for young adults. Diana attended American University and resides in Washington, DC with her husband and daughter.